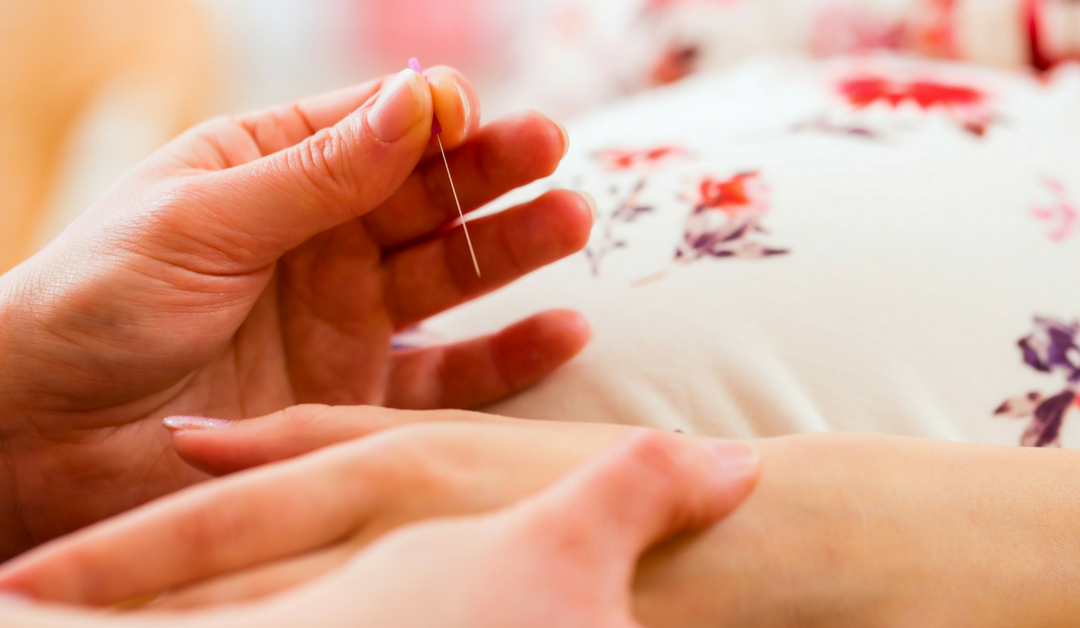 Welcome to the Evidence Based Birth® Q & A Video on Acupuncture to Induce Labor!

Today’s video is all about the evidence on using acupuncture to induce labor. You can read our disclaimer and terms of use. 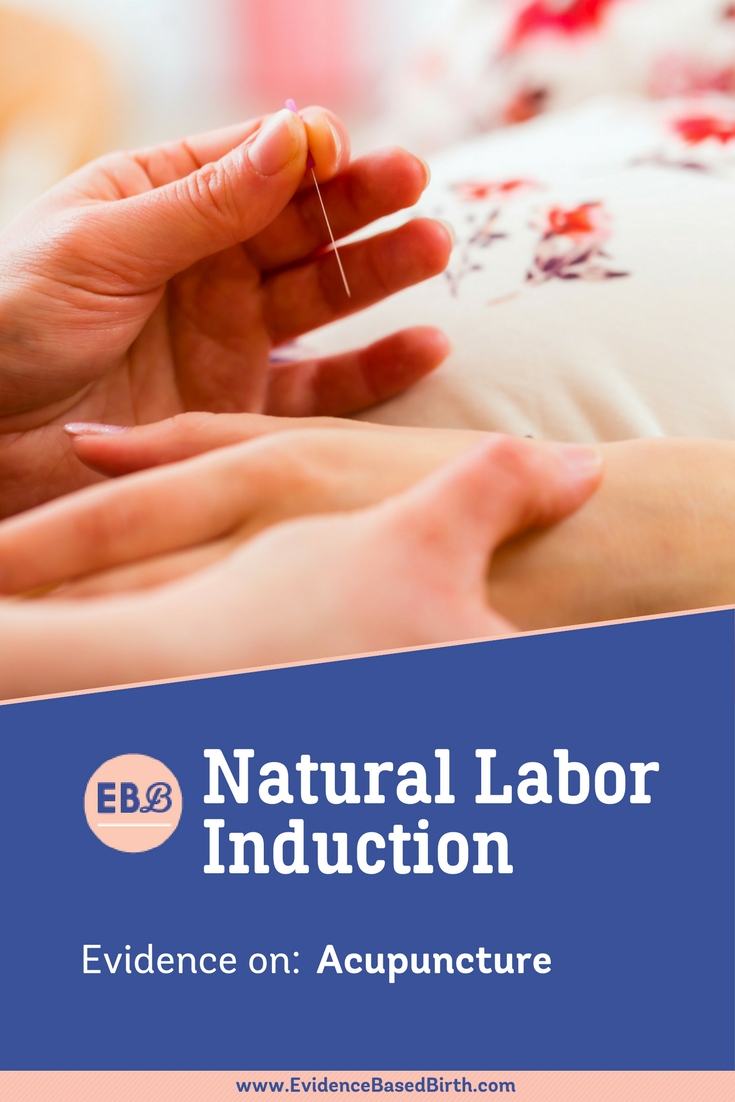 Hi, everyone. My name’s Rebecca Dekker, and I’m a nurse with my PhD, and the founder of Evidence Based Birth®.In today’s Q&A, we’re going to talk about acupuncture to induce labor.

So, today’s Q&A question came from a midwife who contacted me, and wanted to know if acupuncture is effective for inducing labor at the end of pregnancy.

Well, there was a great review that was just published in the Journal of Midwifery and Women’s Health, by Schlaeger et al., and I highly recommend reading this, if you’re able.

In their review, they talk about how acupuncture has been used in China to reduce pain in labor, to augment or increase labor contractions, and for other birth-related reasons, for more than 2000 years. Actually, the earliest evidence of the use of acupuncture dates back to the Stone Age, around 3000 BC.

In traditional Chinese medicine, Qi is an energy that flows through the body along 14 different paths. Very tiny, fine acupuncture needles can be inserted into specific points along those pathways to stimulate Qi and your blood. There are 361 different acupuncture points on the body. Acupuncture is administered by a licensed acupuncturist.

The authors in this review concluded that studies that looked at the effect of acupuncture on labor that is induced for premature rupture of membranes when your water breaks, or augmented, increasing the contractions for that condition, have found that acupuncture may increase your cervical ripening score, but does not lessen your need for Pitocin or epidurals, nor does it shorten and induce labor.

They state that more research on acupuncture for labor induction is needed, and they recommend that future research be individualized, that than prescribing specific acupuncture points for all pregnant women who need to be induced. They should be treated, instead, according to a specific traditional Chinese medicine diagnosis. So far, there’s only one randomized trial that took that approach that they’re recommending.

There was also a Cochrane review on acupuncture for labor induction published in 2013. They state that acupuncture has been used for thousands of years, and we’re not really sure how it may work, but it might stimulate the uterus by stimulating hormonal changes or the nervous system. In this review, the researches looked at 14 randomized control trials of acupuncture for labor induction and cervical ripening, that included more than 2,200 participants. They were mostly interested in these questions: Does acupuncture influence the cesarean rate, serious problems with the newborn, or serious health problems with the mother?

They found that people who had acupuncture were more likely to have greater cervical ripening, as evidenced by increased Bishop scores over a 24-hour period. This was compared, both to usual care, no puncture, and to what we call a sham acupuncture where they pretend to do acupuncture with needles, but they’re not actually doing it. So, the true acupuncture did have a beneficial effect on the cervical ripening, compared to both of those other treatments.

They found no differences between the acupuncture group and the sham control group and the usual care group, with the cesarean rate, any newborn problems, or maternal problems. They concluded that there’s very limited evidence, at this time, on acupuncture, and we do need more research studies. They said that only one of those studies out of the 14 that they looked at was at very low risk for bias.

If you pull out the two best studies from that Cochrane review, one was the largest study. This was one done by Romer in the year 2000, where they assigned 553 people from Germany to acupuncture for labor induction or that kind of sham acupuncture that we were talking about earlier. They also included a usual care group that had no acupuncture of any kind. They found that the acupuncture group had shorter labors, and more cervical ripening, compared to the two other groups.

The other interesting study from the Cochrane review was the one that they said was at very low risk for bias, so this was the highest quality study. In this study done by Smith, they randomly assigned 364 people in Australia who were past their due date, to acupuncture for labor induction, or that sham control treatment, fake acupuncture. They found that two sessions of acupuncture did not reduce the need for induction or the duration of labor. So, it didn’t have any effect.

There were two recent systematic reviews that looked at adverse effects of acupuncture during pregnancy. One was done by Park and colleagues, and the other was done by Clarkson and colleagues, and these were both published in 2015. They state that most adverse effects are minor and are not related to the pregnancy. These are the normal side effects of acupuncture, that may include things such as fainting, a drop in your blood pressure, drowsiness, discomfort, localized bleeding, all of which are things that acupuncturists should be used to dealing with and managing in their clinical practice.

They did not attribute any miscarriages, pre-term births, or any other obstetric complications to acupuncture in either review. In 15 clinical trials, where people received acupuncture treatment at one or more of the “forbidden” needling points, rates of pre-term birth and still birth were consistent with background rates in the general population.

So, so far, researches think that there’s no evidence of harm following needling at these “forbidden” points, but they note that the evidence of lack of harm is not the same as being sure of safety, which would require research on tens of thousands of people to confidently look at the rate of side effects that include rare outcomes. Also, they say that most of the research, both in animals and in humans, using acupuncture during pregnancy, has been in healthy pregnancies, so these results might not apply to high risk pregnancies.

So, to wrap it all up – I know that was a lot of research – basically, we do, though, need more research in this area, because there is a lot of variation in how acupuncture is delivered in all of the different studies. So far, we don’t have any evidence of harm in using acupuncture to induce labor or ripen the cervix in healthy, low risk pregnant people, other than the potential of minor side effects that are not related to pregnancy. There’s also little evidence of benefit, but some evidence suggests that acupuncture at the end of pregnancy might help with your cervix becoming more ripe and ready to go into labor.

I hope you found this information helpful. Thanks for listening. Bye.

To learn more and subscribe to our newsletters for useful information, please visit EvidenceBasedBirth.com.