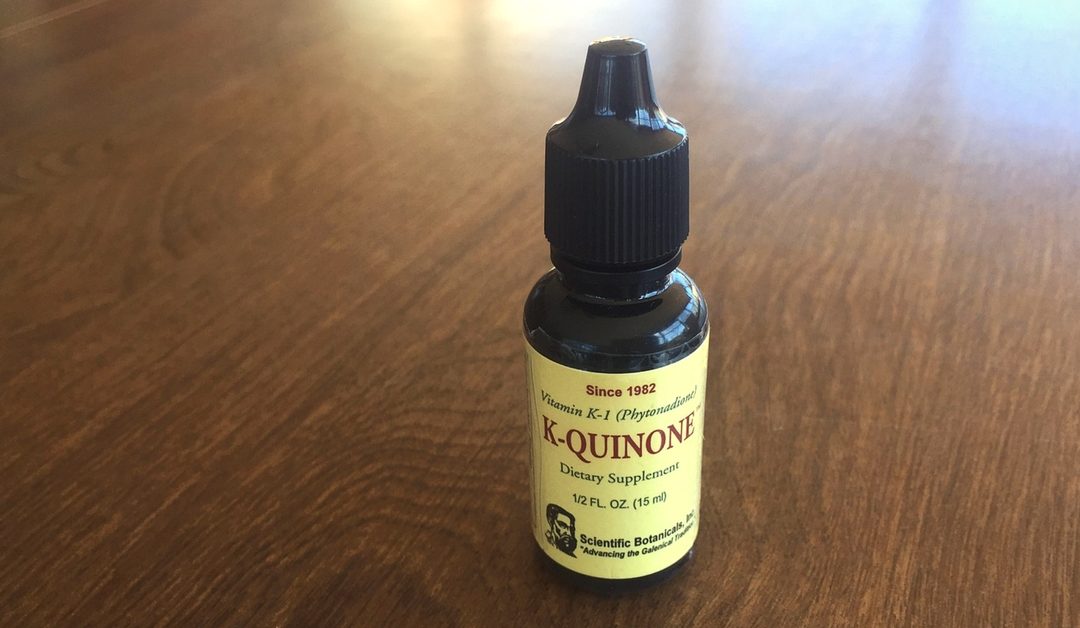 Today’s video is all about evidence on oral Vitamin K regimens. You can read our disclaimer and terms of use. 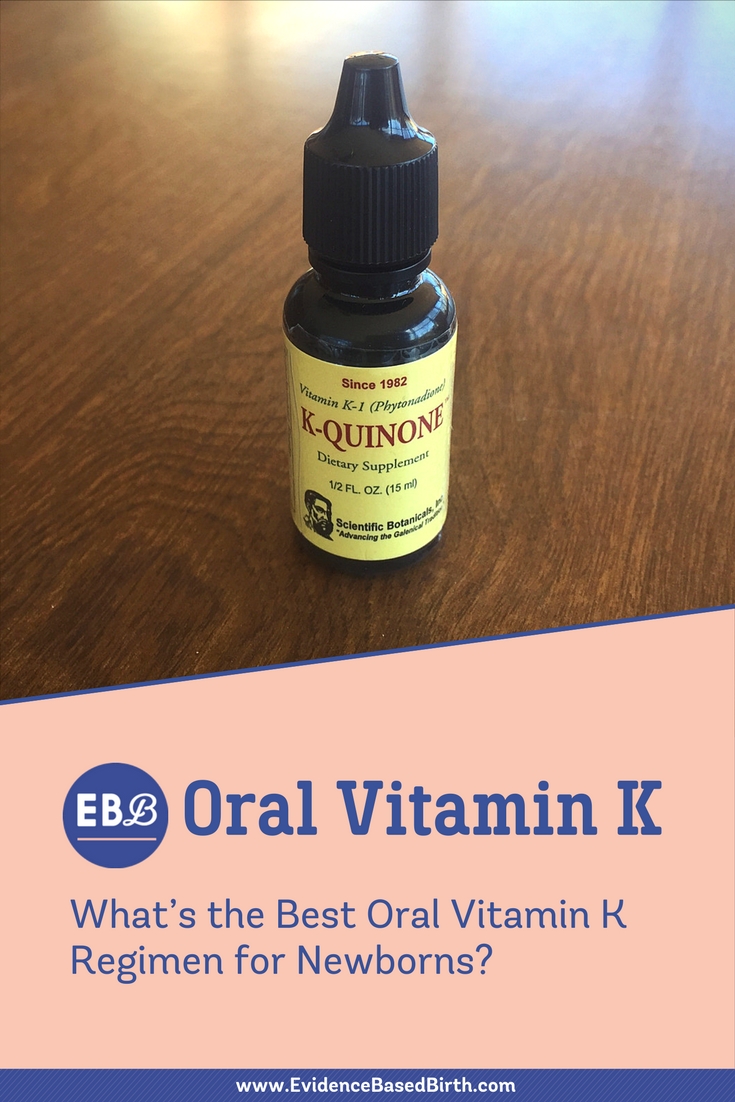 Hi, everyone. In today’s video we’re going to take a look at the evidence for using oral vitamin K drops in newborns instead of the vitamin K shot.

Hi, everyone. I’m so excited to see you again. Thanks for taking the time to watch this video and thanks for all your comments on the other videos. I can’t tell you how excited everyone is to have the opportunity to learn more about vitamin K and eye ointment.

Back in 2014 when I filmed these videos for the first time, I asked everyone what they wanted me to teach about this in this video lesson, and I got quite a few responses. It seemed like the most popular request by far was for me to teach about the use of oral vitamin K drops instead of the vitamin K shot. Let’s get started.

Now if you didn’t watch my first video lesson on vitamin K or you’ve never read my blog article before about vitamin K, you might want to do that first so you have a basic understanding of why vitamin K levels are important in newborns.

Just as a reminder, babies are born with limited amounts of vitamin K, and they don’t get very much through breast milk. If they don’t have enough vitamin K, they can start bleeding suddenly, any time in the first six months of life. This type of bleeding is rare, but when it does happen, it can be dangerous because the bleeding often happens in the brain.

Now when I released my blog article in 2014 about vitamin K, a lot of people asked me, if a parent decides to do the oral vitamin K instead of giving their baby the shot, what’s the best regimen to prevent bleeding? Let’s talk about the answer to that question.

Research on oral vitamin K drops originally started by looking at a three-dose regimen. This meant that the baby would get one milligram of oral vitamin K at birth, by mouth, once again again about a week later, and then once more between four and six months of age. Research is very clear that although this three-dose regimen does lower the risk of the baby bleeding from vitamin K deficiency, it’s not as good as the shot.

However, the question comes up, are there any other regimens that are helpful? What about weekly or daily administration of oral vitamin K? There is one really interesting study that compares the weekly and daily regimen. Based on that study, the most promising oral regimen seems to be giving a weekly dose of oral vitamin K for the first six months of life.

The good thing about giving vitamin K by mouth weekly instead of just three times during infancy is that the weekly dose seems to protect these babies with undiagnosed gallbladder disease. This regimen used to be used in Denmark. What they did is that all babies got two milligrams of oral vitamin K after birth and then one milligram orally weekly as long as the babies were getting at least half of their feedings through breast milk.

When they compared this regimen to the shot, it was just as effective as the shot. Another way of saying it would be to say that the shot was also very effective at preventing brain bleeds in babies with that rare, undiagnosed gallbladder problem.

Now one of the interesting things about this research is that in Denmark they actually stopped using the weekly vitamin K oral dose and now they only use the vitamin K shot. The main reason that they stopped using the oral vitamin K is because it’s no longer available on the market. You’ll find that, around the world, whether or not countries can offer the oral regimen depends on whether it’s available for purchase in their country.

What if you’re a parent in the United States and you want to use this weekly oral regimen? One of the problems is that we don’t have a licensed or FDA-approved version of oral vitamin K for infants. This is called K-Quinone; it is a form of oral vitamin K that you used to be able to buy at food health stores, but I don’t think you can purchase it anymore. There’s at least one other option I’ve seen for sale online in the United States.

One of the problems with these oral vitamin K options is that they’re not regulated by any third party, so we don’t know if the dosing is accurate. The amount of vitamin K in each drop could vary widely from bottle to bottle because there’s no third party that’s testing it to ensure that the dose is accurate.

There’s also a five-milligram vitamin K prescription pill that people sometimes cut up into pieces and then crush and mix with water, and put into the baby’s cheek. But because that pill is five milligrams and you need a one or two-milligram dose, it can be an inaccurate way to get your baby the vitamin K orally.

If parents choose the weekly dose of oral vitamin K, it’s important to remember that when this fat-soluble vitamin is given on an empty stomach, it might not be absorbed as well as vitamin K that’s mixed into formula. If parents are breastfeeding and giving their baby oral vitamin K, it’s important that they give it with a feeding and that they make sure that the baby doesn’t spit it up afterwards.

Before I close, I wanted to mention that one of the strange things about how our minds work is that different people can make completely different decisions based on the same information. One pretty could be given all of the research evidence on vitamin K, what it’s used for, what we know about it, what the different regimens are, how effective they are. Another parent could be given the exact same information, and these two parents could make completely different decisions.

If you want to learn more about this, I recommend a really awesome book called Your Medical Mind: How to Decide What’s Right For You by Dr. Jerome Groopman and Pamela Hartzband. Also, one of the problems about vitamin K is that despite my best attempts to put accurate information out there, there are still so many myths and so many rumors out there online about vitamin K. Just about every week somebody emails me a blog article or a new link that is just filled with bad information about vitamin K. It really makes my head hurt. I can’t even bare to read those articles anymore.

Just a tip: If anything uses really inflammatory language about vitamin K, talks about the dark side of vitamin K or the toxins of vitamin K, those people already made up their minds a long time ago about any kind of shot given to newborns, and they’re not really interested in reporting the facts about vitamin K.

If you’re a birth professional, I wanted to ask you, in the midst of all of this information and misinformation, how are you supposed to be able to help parents tell myths from facts? How would you feel if your words led someone down a path and they made a decision based on inaccurate information? Now imagine the opposite. Imagine you’re in a position where you can give accurate information the other people about controversial topics so that, no matter what decision they make, they’re making a truly informed decision and one that’s not based on your own biases or on rumors or misinformation.

I’ve seen this need. It really is a pain point. People don’t want to make decisions based on bad information or to give bad information to their clients. I have literally spent years collecting all of the research that I could find on both vitamin K and eye ointment, and putting them into one intensive online course all about these newborn procedures.

If you take this course, it will completely change how you talk with other people about vitamin K and eye ointment because it will open your eyes to the difference between the many myths out there and what the research evidence shows. The course is good for nursing contact hours and pharmacology CEUs for nurse midwives. I’ve also applied for credits for physicians as well.

If you’ve subscribe to this video series and you’re getting my email reminders about these video lessons, I just wanted to give you a heads up that in my next video I’m going to have an offer for you to enroll in this in-depth class. You’re going to want to open that email if you want to take your learning to the next level. If you’re not subscribed to the emails about this free video series, make sure you subscribe by clicking the link below so that you can find out how to join the class.

I hope you’ve found these videos helpful. My call to action for you today is to leave a comment about the information you’ve learned about oral vitamin K that we covered in this video. Finally, if you haven’t subscribed to the EBB newsletter, which is free, make sure you become a subscriber today, because there are a ton of free printable handouts that you’ll get instant access to and that you can print and share with anyone you like. Thanks for listening. Bye.