Does Waterbirth alter the Newborn’s Microbiome? 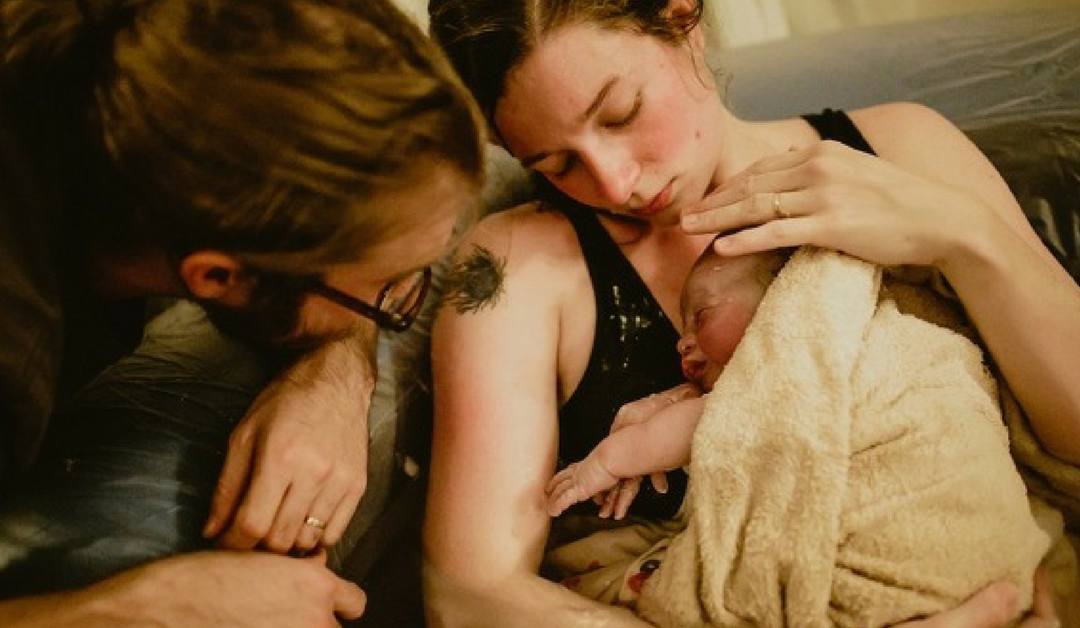 Welcome to the first Evidence Based Birth® Q & A Video!

Today’s video is all about waterbirth and the newborn’s microbiome. You can read our disclaimer and terms of use.

Enjoy the video; I hope you find it educational! Stay tuned for our next Q & A! 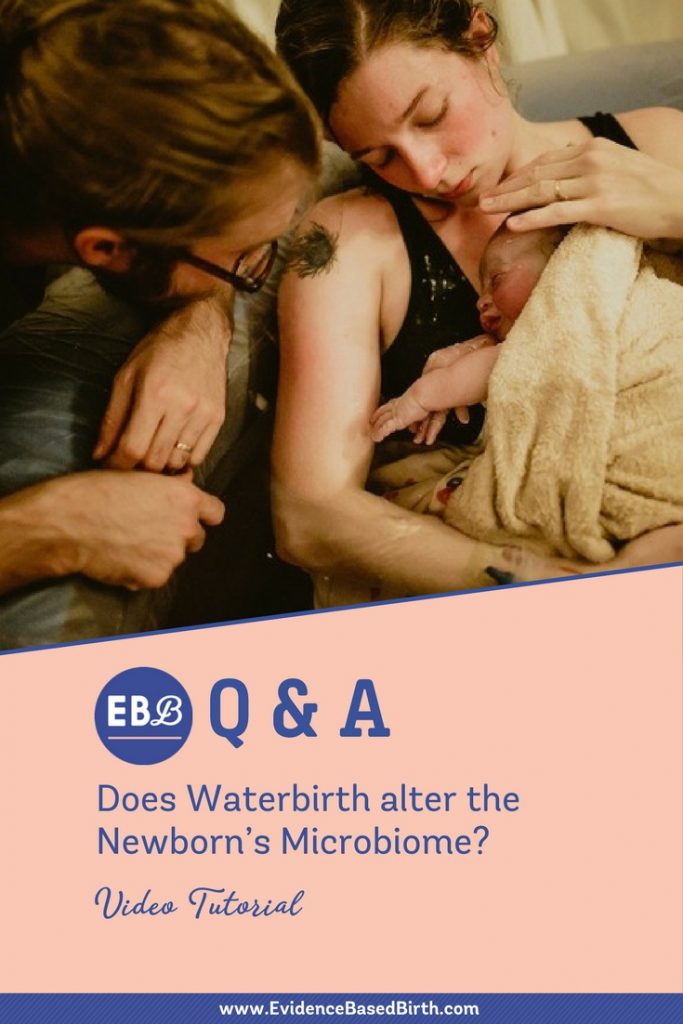 Today I have a question from Elizabeth. Elizabeth is pregnant, and she asks, “How do you keep a baby’s exposure to its mother’s microbiome intact during a waterbirth? Does everything get washed off in the water? This is my main concern,” she says, “about birthing in a pool.”

Well first, I do want to point out that we have an Evidence Based Birth® article all about waterbirth. Just go to ebbirth.com/waterbirth. This question is actually answered in that article. Because that article is so massive, and contains so much evidence, let me break it down for you right here.

As far as I know, there’s only been one study on the microbiome of babies who are born in the water. That is, when the babies are born as the mother is immersed in a tub of warm water. In 2004, researchers swabbed the palate, the top of the mouth, and the ear of newborns immediately after waterbirth. There were 34 babies born after waterbirth. In 26 babies that were born on land … So in dry air, but their mother’s had used a tub prior to the birth … and in 34 babies who born on land … That is not in the water with no tub use from the mother. The researchers found no major differences in what we call the bacterial flora between these three groups. When we talk about normal flora, we’re talking about the normal bacteria that are supposed to be on our skin.

That’s the only study we have published so far on the microbiome and waterbirth. I would expect to see more research published on this in the future because microbiome is such a hot topic. Granted that’s just one small study, but I thought the results looked pretty reassuring.

In the meantime, one thing we can do is look at the research on bathing newborns in general. The initial purpose of giving newborns a bath was to remove blood, fluids, and germs because healthcare workers wanted to prevent outbreaks of staph infections in hospital nurseries.

Now the skin is the largest organ in the body. It’s very sensitive to the environment. We’re already talked about normal flora and how that’s a good thing. Colonization with normal bacteria actually creates a positive barrier that protects the skin.

In 2001, researchers set out to find out if the newborn bath had a negative impact on the baby’s ability to grow the normal flora on their skin that protects them. They randomly assigned 140 babies that were born vaginally at term to either get a bath with just water alone … So similar to what you would see with a waterbirth, being bathed with water. The only difference obviously is with a waterbirth, the baby comes out in the water. In the study, the bath took place approximately an hour or so after birth. Babies could either have that bath with just water, or they could have a bath with mild soap and water.

Infants were swabbed to detect bacteria before the bath, one hour after the bath, and then 24 hours after the bath. The researchers found no differences in skin bacteria between groups. In other words, the bath did not stop the bacteria from growing. The number of bacteria, the normal flora, gradually increased over time so that most babies had bacterial growth on their skin by 24 hours.

As a side note, another large randomized trial found that bathing newborns did not have any impact on staph infection rates in nurseries. Of course, we always need more research on all things childbirth related. Hopefully, there will be more research published on the microbiome and waterbirth.

In the meantime, I hope that answers your question for now. Thanks, and bye!