The Evidence for Birth Centers

I am happy to announce that on behalf of the American Association of Birth Centers, I have written a blog article about the current evidence for birth centers. (Read the full blog article). 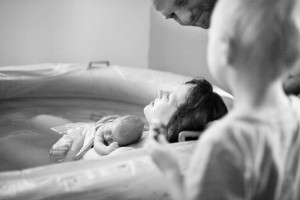 I was invited to write this article to help explain the results of the National Birth Center Study II, a new, landmark study describing outcomes for more than 15,000 women who planned to give birth in 79 different birth centers in the U.S. The study was published today, January 31st, 2013, in the Journal of Midwifery and Women’s Health .

The results for birth centers?

A C-section rate of 6%, an urgent transfer rate of less than 2%, and infant outcomes similar to what other researchers have reported in low-risk populations. As I wrote:

“If the 15,574 women who planned to give birth in birth centers had instead chosen hospital births, it is estimated that they would have experienced 3,000 additional—and unnecessary— Cesareans. Instead, these C-sections were safely and effectively prevented, along with a potential cost-savings of at least $4.5 million.”

Why are these findings so newsworthy?

“The U.S. Cesarean rate has increased substantially over the past few decades from 21% in 1996 to 32% of all births now. Over half of the increase is among first time moms, and most of these C-sections are done for more subjective reasons such as slow progress in labor. Meanwhile the Cesarean rate has been stable in birth centers for over 20 years at 4.4 to 6%”

Read more about the study and what it means for families.