Studies that Calculate Risk of Stillbirth by Gestational Age

Studies since 1987 calculating risk of stillbirth by gestational age 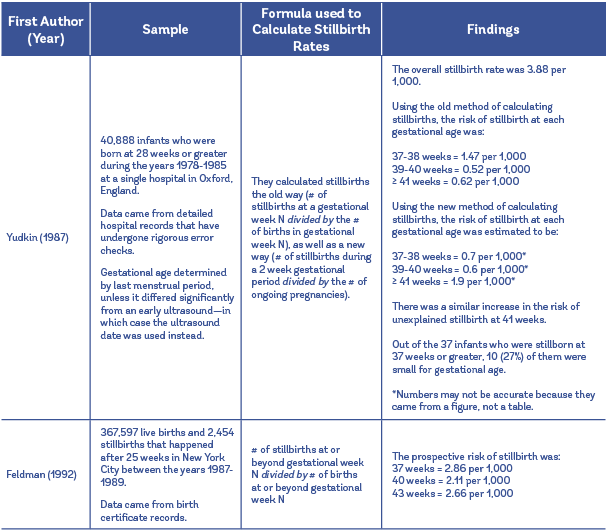 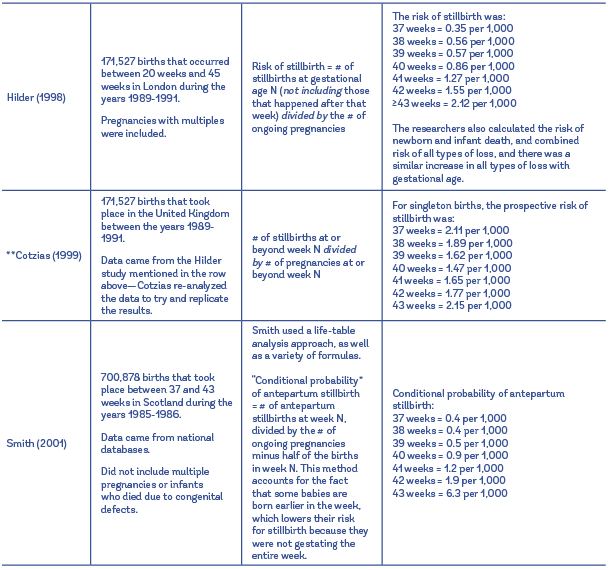 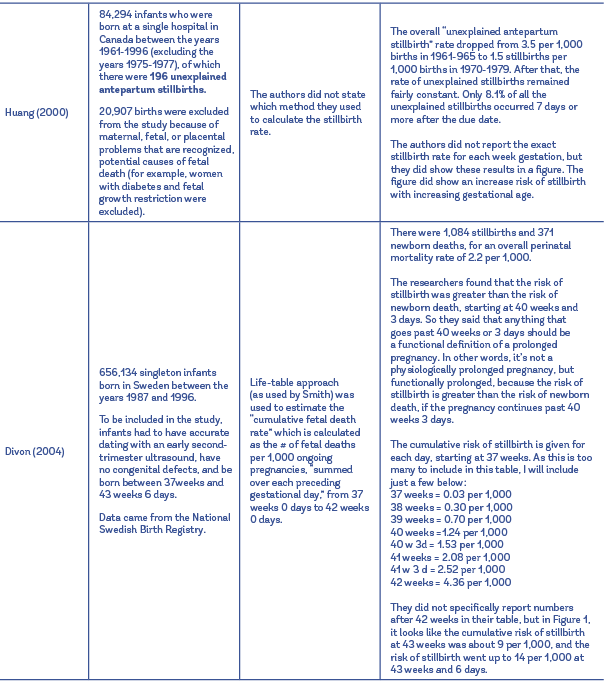 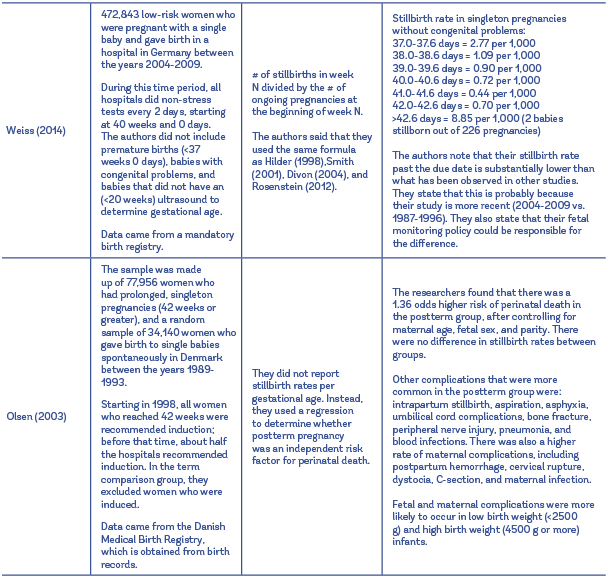 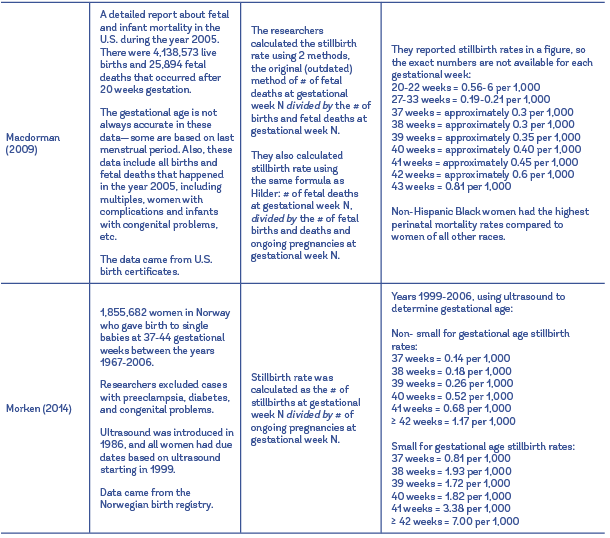 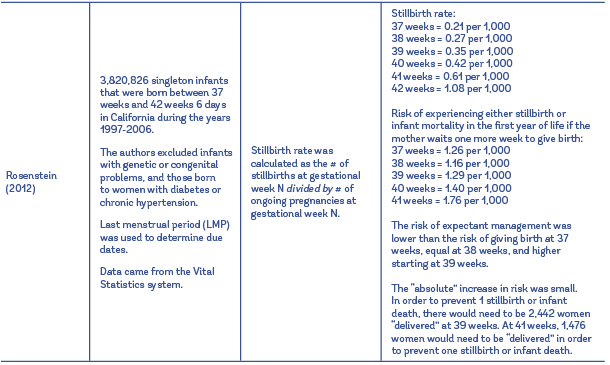 Note: There are a couple of limitations when researchers try to figure out the risk of stillbirth by gestational age. First, the gestational age may not be accurate, especially if it comes from birth certificate data. Second, the stillbirth might not have occurred during that week—it could have occurred days or weeks earlier. Third, authors usually do not distinguish between antepartum stillbirths and intrapartum stillbirths. Antepartum stillbirths are usually due to severe maternal or fetal problems (although some are due to unknown causes), and intrapartum stillbirths are usually caused by fetal distress or problems with labor. Because these two types of stillbirths have different causes, it is important that they be looked at separately—but they usually are not (Kramer, Liu et al. 2002) (Kramer et al. 2002 for the third point only).

**This study was criticized in a letter to the editor written by Hilder, who disputed their use of the original data and said that the prospective risk was not the appropriate formula (Hilder, Costeloe et al. 2000). In an additional letter, Boulvain et al. (2000) said that “reporting fetal mortality as cumulative incidence is misleading if readers are not told the length of the period at risk. The clinician caring for a pregnant woman, and the woman herself, balance the risk of stillbirth with the probability of spontaneous onset of labour during a specific period (for example, until the next visit). The clinically relevant measure is either the rate or the risk of stillbirth during a limited period.”