Relaxation for Pain Relief During Labor

Today’s video is all about using relaxation for pain relief during labor.  As a reminder, here is our disclaimer and terms of use. |  Photo Credit: Alanna Farmer

Hi, everyone. In this video, we’re going to talk about the evidence on using relaxation for pain relief during labor.

Hi. My name’s Rebecca Dekker, and I’m a nurse with my Ph.D. and the founder of EvidenceBasedBirth.com. In today’s video, we’re going to continue our pain management series by talking about the effects of relaxation techniques on pain management during labor. The goal of using relaxation techniques is to elicit the body’s natural relaxation response, which consists of slower breathing, lower blood pressure and a general sense of wellbeing and calm.

Relaxation techniques are generally considered safe around the world. However, there have been a few case reports of people who had the opposite intended effect, where they felt more anxious when they tried to get the relaxation response.

Relaxation overlaps a lot with many of the other techniques we’ve covered in this pain management series. That’s because in many studies there are many different comfort measures that can elicit the relaxation response and that are often used in combination with each other. For example, music, aromatherapy, massage, getting in a warm tub of water, or different breathing techniques, can all work together to create a sense of relaxation. When we combine these types of comfort measures together it’s really difficult to tell which part of the combination is creating the results.

With guided imagery and visualization, the person recalls or imagines a pleasant, enjoyable and relaxing experience. This kind of imagery can be guided or unguided. For example, with guided imagery, you may listen to an audio file or a script of someone reading to you, to help bring you to that pleasant place where you can relax and enjoy the visualization. Unguided imagery may involve doing something like scanning your body for sensations of pain and replacing those sensations in your mind with feelings of comfort, heat or cold. MRI studies have found that guided imagery changes the way that the brain perceives pain.

So how might relaxation for pain relief work during labor?

Researchers think that relaxation for pain relief may work by interrupting the transmission of pain signals to the brain, helping you focus on something positive, so giving you a positive source of distraction, stimulating the release of endorphins (your body’s natural pain-relieving hormones), and reframing your thoughts to think of labor sensations as positive, productive and manageable.

It’s also thought that the more you tense up, the worse pain can feel. One example I give my clients in my childbirth classes is, for someone like me who was raised in the south, the winters up north felt very painful to me. I would tense up when I would go outside even if I was all decked out in a coat and gloves and a hat and scarf. But tensing my muscles actually caused pain. So you can only imagine that during labor, if you are tensing up your body, then labor may feel more painful. Working on relaxing your body decreases what we call the fear-tension-pain cycle, where fear and tension feed into and make pain feel worse.

Now, the theory through which all this happens is called the central nervous system control (CNSC) mechanism of pain relief. This means that entering into a state of relaxation may create mental processes that make labor feel less unpleasant. We’ve covered a lot of these CNSC mechanisms in our pain management series, some examples include hypnosis, music, aromatherapy, breathing, and continuous labor support from a doula.

But what’s the evidence specifically on using relaxation for pain relief during labor?

Well, in 2018, Smith et al. published a Cochrane review and meta-analysis looking at 10 randomized, controlled trials that compared relaxation methods with standard care during labor. Eight of these studies were able to be combined into what we call a meta-analysis, where they pool or combine all the data into one larger study, with a total of nearly 1,400 people.

Relaxation as a comfort measure in early labor

The researchers were able to look at the effects of the relaxation for pain relief during early labor in only one small study from Turkey with 40 participants. This study found that during early labor, the relaxation intervention decreased the pain score by about 1.25 points. This was the study where they combined progressive muscle relaxation, breathing techniques, position changes, additional nursing support, and massage, compared to usual care. This was the only study in the entire Cochrane review that reported on women’s satisfaction with their pain relief during labor, and they found that the people assigned to the relaxation combo intervention did have higher satisfaction levels with their pain relief.

Relaxation as a comfort measure in active labor

Four trials with 271 participants reported on the effects of relaxation on pain intensity in active labor, so further along in the labor process. They found mixed results in the studies, and overall there was no difference in pain intensity during active labor when you compared the groups who had the relaxation intervention with those who did not.

Only one of the studies reported on rates of epidural use in the groups. This was a large study from Sweden with 977 participants. In this study, women in the intervention group had a psychoprophylactic childbirth education intervention where they were instructed on how to use breathing, muscle relaxation, and massage. They compared that to standard childbirth education that did not include those techniques, and they did not find any differences in epidural rates between the two groups.

Three of the studies that looked at maternal satisfaction with their overall childbirth experience did not find a difference between groups, and none of the researchers looked to see if women felt a sense of control during the labor process.

There’s one more randomized trial that I wanted to talk about that was not included in the Cochrane review, this is the study by Levitt et al. published in 2016. We’ve talked about it in several of our other videos, including the videos on acupressure, childbirth education, and breathing techniques. In this study, which took place in two hospitals in Australia, 176 low-risk, first-time mothers were randomly assigned to either a complete childbirth class or standard care alone, which consisted of a typical childbirth class. The complete childbirth class was a two-day class based on techniques from the She Births class in Australia. This two-day course included four guided visualizations that were rehearsed in the class and also given to participants on a CD to practice the visualization at home. In addition to the visualization, they also incorporated other complementary medicine techniques including acupressure, breathing techniques, massage, yoga and facilitated partner support.

This study provides evidence that childbirth education that includes complementary medicine techniques such as visualization, breathing, massage, and yoga, is an effective and viable way of managing pain in low-risk, first-time mothers.

Relaxation for pain relief outside of childbirth

Another meta-analysis was published in 2001 about relaxation for pain relief. But in this study, these researchers were not looking at pregnant women, they were actually looking at a cancer population. They looked at 15 studies that had been published up until that point, and they found that relaxation training, which was progressive muscle relaxation and guided imagery, was effective for decreasing nausea and pain from medical treatment. It also had a significant beneficial effect on blood pressure, heart rate, and led to lower rates of depression, anxiety, less muscle tension, and an improved mood. They concluded that relaxation for pain relief is inexpensive, has no known side effects, is easy to learn, and is usually welcomed by the patient. They also state that relaxation for pain relief may give patients a sense of control over their treatment instead of common feelings of helplessness.

In summary, there is a lack of high-quality research evidence on relaxation for pain relief during labor. Due to the wide variation and the different ways that relaxation is implemented in these studies, we don’t know which relaxation techniques work best. One small trial from the Cochrane review found that a relaxation intervention that includes progressive muscle relaxation, breathing techniques, position changes, additional nursing support, and massage – in combination – was linked to lower pain scores in early labor and a greater maternal satisfaction with pain relief.

Researchers have not found any clear benefit from relaxation interventions on pain scores during active labor. The study from Australia, however, found that a complete childbirth course that included six different complementary medicine techniques, including guided imagery for relaxation, was linked with lower epidural rates and lower rates of other interventions.

One other resource that I’d like to point you to is Penny Simkin’s video all about the three Rs: Relaxation, Rhythm, and Ritual.

Finally, I just wanted to say again that relaxation is not only used by many people during childbirth but also for many reasons outside of the realm of childbirth.

The bottom line is that relaxation techniques are safe to use and may have benefits such as reducing pain during early labor and reducing rates of other interventions such as epidurals. That’s it for this topic. If you enjoyed this video, please hit subscribe so that you can get notifications when our other YouTube videos come out. Also, I’d like to encourage you to watch some of the other videos in our pain management series. We cover everything from epidurals and nitrous oxide (laughing gas) to hypnosis and massage. Thanks, everyone, for watching. Bye. 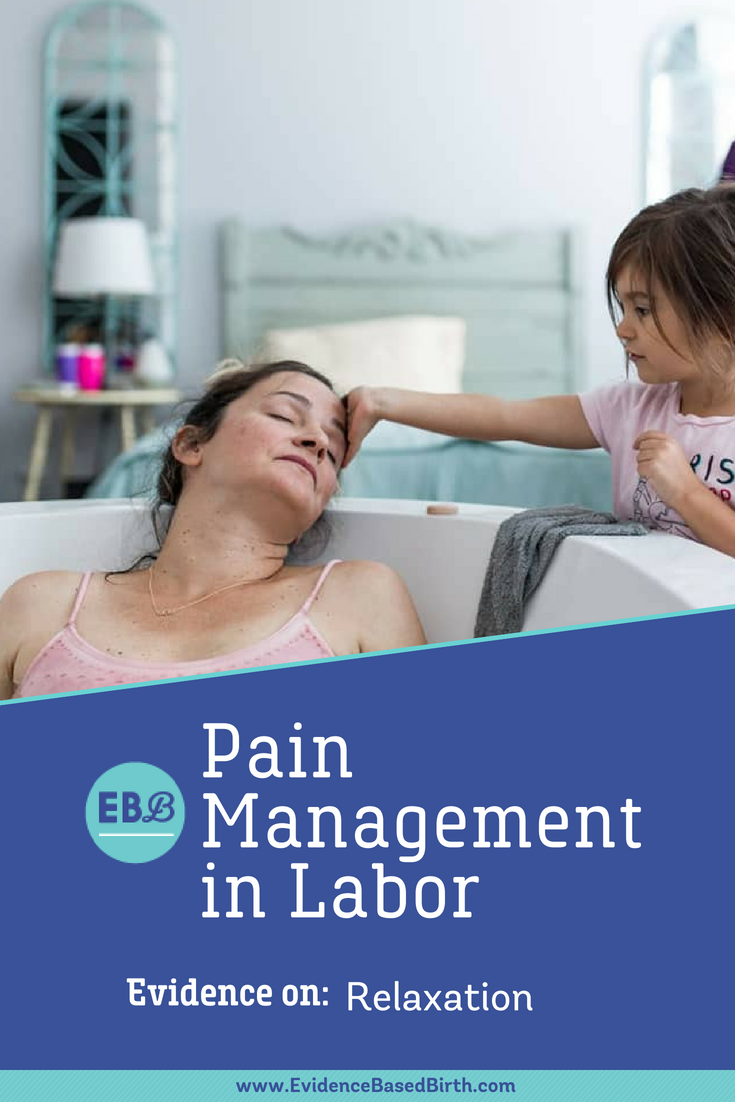 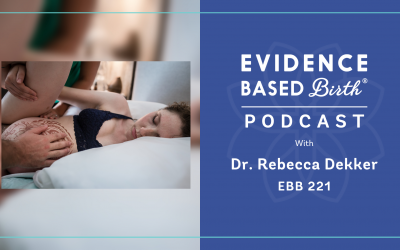 Don't miss an episode! Subscribe to our podcast:  iTunes  |  Stitcher  In this episode, we are finishing up our series on protecting the perineum by talking about the evidence on birthing positions and how upright positions help prevent tears! We’ll also discuss... 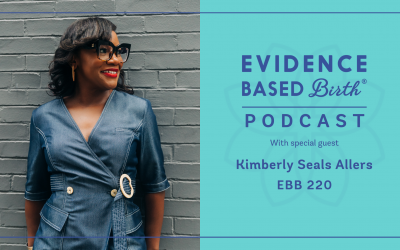 Don't miss an episode! Subscribe to our podcast:  iTunes  |  Stitcher  On today's podcast, we're going to talk with Irth® App founder, Kimberly Seals Allers, to update us on Irth® App's mission to fight against racism and bias in perinatal and infant care.  Kimberly... 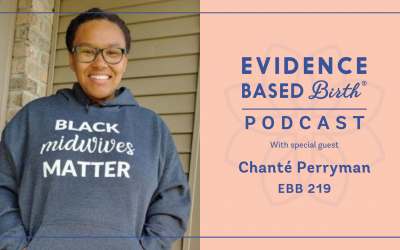