Effects of IV Opioids during Labor

Today’s video is all about the use of IV opioids during labor for pain relief.  As a reminder, here is our disclaimer and terms of use.

My name is Rebecca Dekker, and I’m a nurse with my PhD, and the founder of evidencebasedbirth.com.

Injectable opioids, also called narcotics, are a drug method for managing pain during labor. These drugs can be injected into a vein or a muscle. They are systemic, meaning that they spread throughout your entire body system to help with pain, without making you lose feeling or causing you to be unable to move.

Which IV opioids during labor are most commonly used?

In 2012, researchers did a survey and discovered that about 16% of people used IV opioids during labor. There are about five commonly used drugs in the United States for IV opioids during labor. These include fentanyl, morphine, and several others. However, outside of the United States, a drug called pethidine is the most commonly used injectable opioid for labor. Pethidine is also known as Demerol. Interestingly (and concerningly), ACOG, the American Congress of Obstetricians and Gynecologists, does not recommend the use of pethidine or Demerol because it can take a week after birth for the drug to leave the newborn’s body.

Not all drugs are available in all hospitals. It really depends on the type of drug you’re given, the dose, and how it’s given, to determine how long it lasts, and how long it takes the drug to leave your body, and your baby’s body.

The ideal opioid for labor would provide quick onset and lasting pain relief, and would have no unwanted side effects for the mother and newborn. Unfortunately, none of the opioids we have right now meet this criteria. All opioids cross the placenta and can cause side effects in the fetus, or newborn. The potential side effects are more common and more severe when you’re giving injectable opioids; side effects are less likley when these opioids are given through an epidural.

Because of these side effects, IV opioids during labor are typically not given towards the end, or second stage of labor. This is because they might slow down and effect the baby’s breathing, and may harm the baby’s ability to breastfeed right after birth.

What is the research evidence?

In 2010, researchers did a Cochrane review, where they looked at all of the research up until that time point on injectable opioids during labor. The review included 57 randomized control trials, with more than 7,000 participants. Most of the studies looked at giving shots in the muscle with the opioids, otherwise known as IM, or intramuscular injections. The drugs’ effect on pain relief after one to two hours was considered poor to moderate. The majority of women in these studies, up to two thirds, reported still having moderate or severe pain one to two hours after the drugs were given. However, most people reported moderate satisfaction with their pain relief during labor.

Side effects that the mothers experienced included nausea, drowsiness and vomiting. There was no evidence in any increase in bad health outcomes for newborns. This is likley because bad outcomes are so rare in general, that they are hard to study.

However, short term side effects for the baby were well documented in randomized trials. These included changes in the baby’s heart rate while the baby was still in utero, and changes in early neurological scores of the newborn’s behavior.

Of all of the drugs that researchers have studied, Remifentanil seems to be becoming the most popular, and right now most of the research on IV opioids during labor is focused on this one drug. Remifentanil is only given as an IV medication through a pump. They give you a little button that you push to infuse the drug through the line into your arm. It starts working in about 20 to 90 seconds, but it only lasts three to four minutes so you have to have a dose pretty frequently in order for it to be effective.

Remifentanil carries less risk of breathing problems for the newborn, but it appears to carry higher risks for breathing problems in the mother. Its use with patient controlled analgesia, where you push the button whenever you want pain relief, has been associated with at least four cases of respiratory or cardiac arrest – when the mother stops breathing, or her heart stops. Because of this, nurses, doctors, and midwives who are administering this drug are supposed to follow a list of safety precautions, including one to one nursing monitoring. So, anybody on Remifentanil should have one nurse who is only taking care of them.

There was a recent Cochrane review that compared Remifentanil to other injectable opioids, and also compared Remifentanil to epidurals. They found 20 randomized trials with about 3500 participants involved. They found very low quality evidence that Remifentanil was more effective. Some of the researchers proposed that maybe the Remifentanil is more effective, because, in general, when people have a button they can push to control their own pain relief medication, they tend to be more satisfied with their pain relief. So, it might be more related to the fact that they’re pushing a button to get the drug, rather than the drug being more effective than other drugs.

Pros and cons of IV opioids during labor

So, to sum up the pros and cons of using IV opioids during labor, the pros are that they’re more universally available around the globe for pain management, rather than epidurals, which are still not available in some hospitals around the world. They’re also less expensive than epidurals, and they do provide some element of pain management during labor. They have not been shown to increase your risk of Cesarean, and they might be an option for mothers who want to avoid an epidural, but still desire some kind of drug to help them manage pain.

The main drawbacks or cons to IV opioids during labor include the fact that they’ve not been shown to be very effective, and their effect on your pain relief is pretty unreliable, so they’re not guaranteed to work. Also, epidurals are considered to be more effective at managing pain, with fewer side effects for the newborn.

We don’t have enough evidence on the side effects right now, but it seems that potential side effects or harms include that the person giving birth may feel nauseous and they may vomit or feel drowsy. They may also have breathing problems, confusion, forgetfulness, or slowed reflexes. These side effects could interfere with the mother’s ability to breastfeed immediately after birth.

For the newborn, potential harms include changes to the fetus’s heart rate during labor, slowed breathing after birth, and low APGAR scores. Also, the baby may be more likely to be limp and drowsy, and have less suckling behavior, which may harm the breastfeeding relationship.

So, in summary, most of the research evidence does not support one IV opioid during labor over another, although evidence is starting to point to Remifentanil as being perhaps the most effective option, and maybe the best alternative to an epidural, in terms of medications.

In terms of pain relief from drugs, epidurals and spinals are still considered to be the gold standard. However, IV opioids during labor do appear to offer some benefits to people who do not want or cannot have an epidural or spinal. Remifentanil seems to have the fewest side effects for the newborn compared to other injectable opioids, but it appears to have more side effects for the mother in terms of her breathing.

If you receive Remifentanil or any other IV opioids during labor, it’s important that the people taking care of you in the hospital setting follow appropriate safety precautions for these drugs.

I hope you found this video helpful, and I hope you check out some of our other YouTube videos all about pain management during labor. Thanks, and bye. 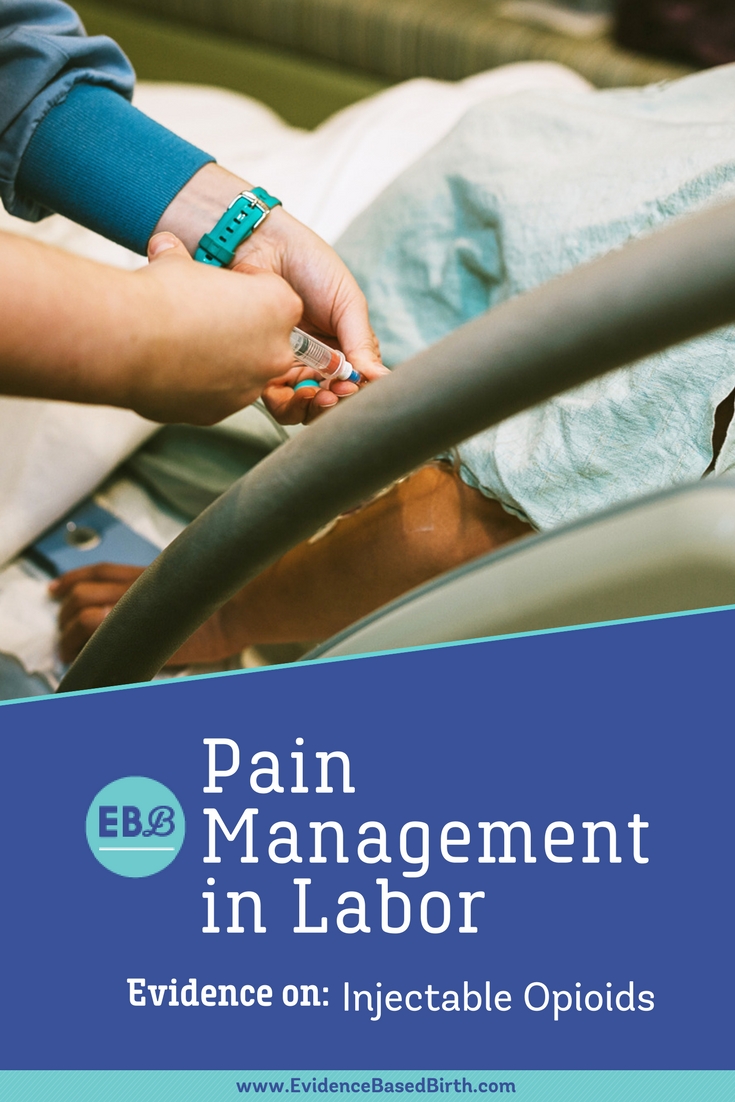 June 18, 2012 by Rebecca Dekker, PhD, RN, APRN © Copyright Evidence Based Birth®. Please see disclaimer and terms of use. Have you ever wondered if you should exercise during pregnancy? Is exercise safe during pregnancy? What are the benefits? Are there any risks?... 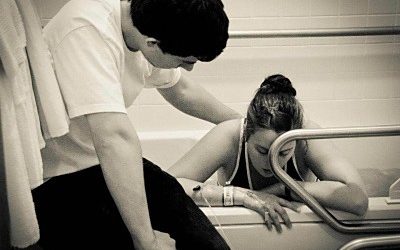 A saline lock (sometimes called a “hep-lock” for historic reasons), is an intravenous (IV) catheter that is threaded into a peripheral vein, flushed with saline, and then capped off for later use. This way you are not hooked up to an IV pole, but the nurses have easy... 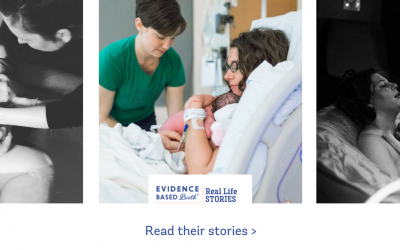 Below are real life stories submitted by people around the world for our recently published Signature Article: Evidence on IV Fluids during Labor