Please visit https://www.cesareanrates.org/vbac for the most recent (2018) data!

I’ve been searching for the most recent state-by-state VBAC (Vaginal Birth after Cesarean) rates for some time, with no success! Finally, I reached out to the Centers for Disease Control, and they emailed me back almost immediately with a spreadsheet.

So without further adieu, here are the 6 lowest VBAC rates in the United States: 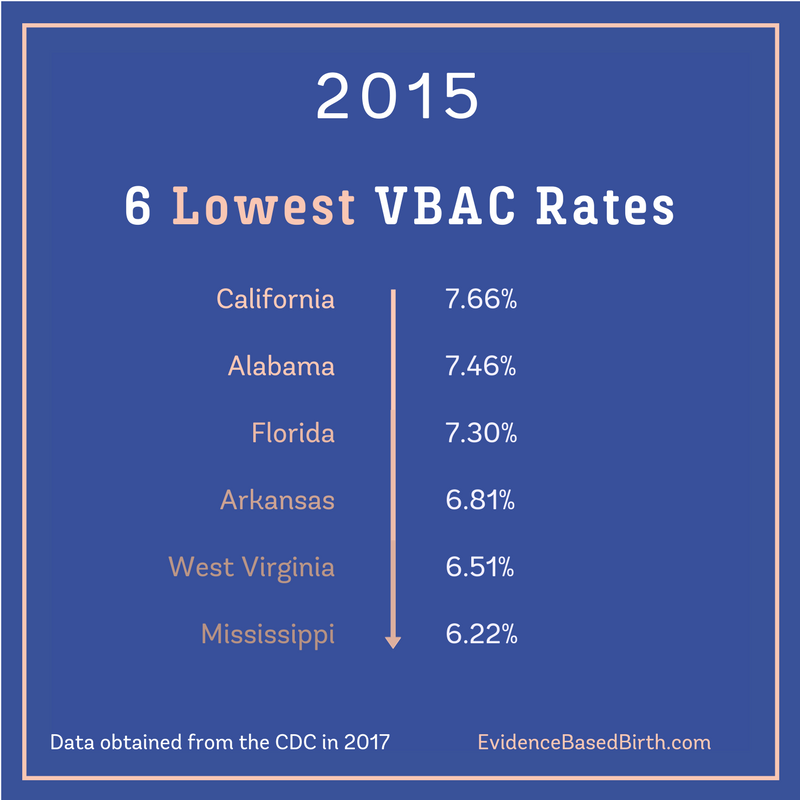 And just to show you that VBAC rates can be much higher than those rates above, here are the top six highest VBAC rates in the U.S.! 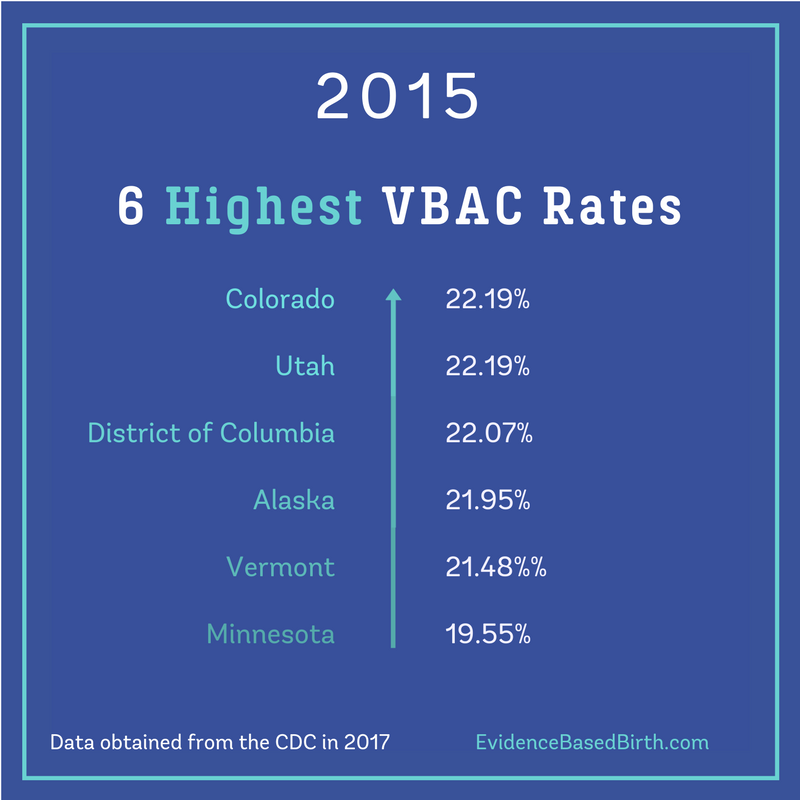 If your state is not in the top 6 or bottom 6, but you’d like to see where it falls, here is a list of all states’ 2015 VBC rates, arranged from highest VBAC rate to lowest VBAC rate. The list excludes Connecticut and New Jersey because they are still not using the most updated birth certificate form. 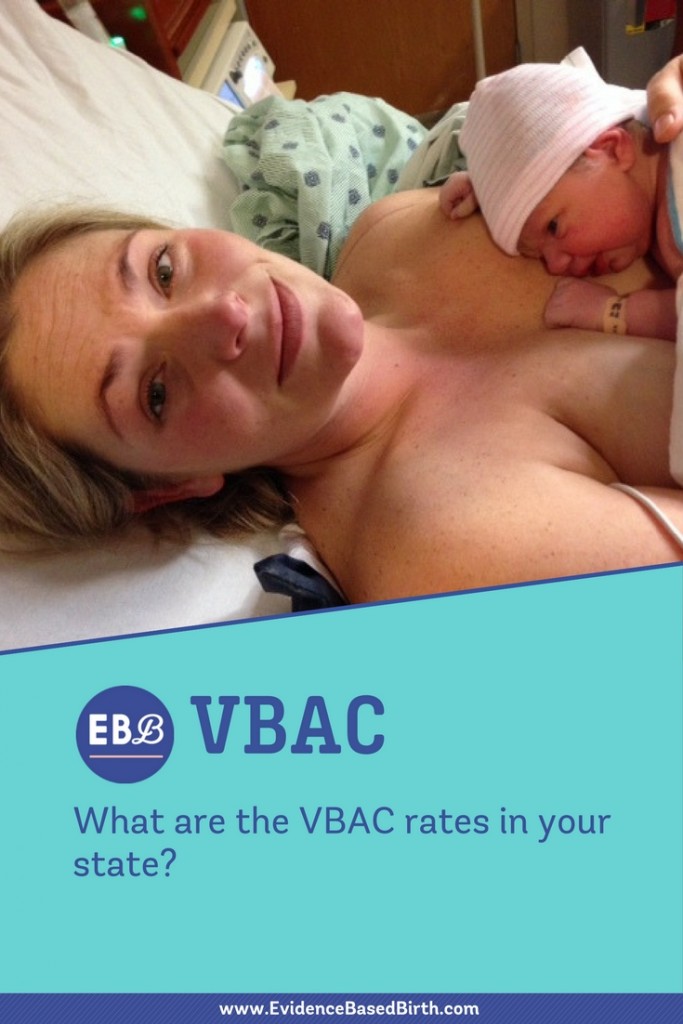